Students in Business: The Futurepreneurs 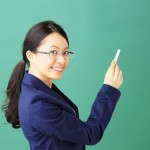 Entrepreneurship is no longer a dirty word to be spoken about only in secret.

There is a renaissance of entrepreneurial thinking – it’s called “The Entreprenaissance” – and it is happening across both demographic and geographic divides. Around the world, older people and younger people for different motivations are seeking opportunities to start their own business.

At a conference in Ireland last week they talked about three ways young people can start their own business.

Here’s the article that appeared in the Telegraph newspaper (UK):

“How can society encourage more young people to start businesses? This was the question debated by successful entrepreneurs, celebrities, politicians, and leading sportspeople at the One Young World conference in Dublin last week.”

In the UK earlier this year the Prime Minister, David Cameron announced a sweeping overhaul of teaching in primary and secondary schools to encourage children to be more entrepreneurial and prepare them to start their own companies later in life.

Under the plans, schoolchildren as young as five as will be taught how to set up their own businesses and make profits.

The moves are intended to change attitudes towards self-employment and make Britain more supportive to people who set up their own companies.

After studying teaching standards and techniques, a high-level report has concluded that lessons are irrelevant for tens of thousands of children because they do not apply to today’s Britain. The same is true in Australia.

The changes will mean that even the youngest children will be taught about the role and importance of business and the need to make a profit.

You can read the full article from the UK here: http://www.telegraph.co.uk/education/primaryeducation/10901995/Generation-of-primary-school-entrepreneurs.html

Inspiring young people to work for themselves is one of the solutions to the youth unemployment crisis, which is already above 20% in some parts of the world.

(The youth unemployment rate in Europe stands at 23.3pc as of August this year. In the UK alone, more than 740,000 young people are out of work – or 16.6pc – according to figures from the UK Office for National Statistics.)

In Australia the need for young people to consider entrepreneurship as a future career path has been recognised. A number of initiatives are underway to support and encourage secondary school students in entrepreneurial thinking. Start-up Apprentice www.StartupApprentice.com.au has been founded by Sharon Hunneybell and Sam Winter on the Gold Coast. After delivering a successful pilot program they’re formally launching the program this week. The Futurepreneurs program www.futurepreneurs.com.au will be launched early in 2015. You can follow them on Twitter: www.twitter.com/futurepreneurs_