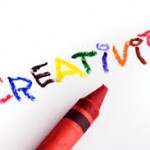 There’s a shift that will have to happen in classrooms around the world.

The key messaging has been “Go to school, study hard, get good grades, go to university and then you’ll get a good job.

But the world is changing fast. Changing labour markets mean that academic outcomes are no longer going to be the key metric for assessing student ability that once they were.

It is expected that up to 40% of the workforce will be working as independent contractors by 2025. The implications of that are clear: the education system must change in order to best prepare students for the transition from life at school to life after school.

I believe that in addition to academic outcomes, there needs to be a focus on developing the softer skills of creativity and innovation, an inquiring and insightful mind, cooperation and collaboration, enterprise and entrepreneurship.

In the United Kingdom this week, the UK Prime Minister David Cameron will support a sweeping overhaul of teaching in primary and secondary schools to encourage children to be more entrepreneurial and prepare them to start their own companies later in life.

Under the plans to be unveiled this week, schoolchildren as young as five as will be taught how to set up their own businesses and make profits.

The moves are intended to change attitudes towards self-employment and make Britain more supportive to people who set up their own companies.

After studying teaching standards and techniques, a high-level report has concluded that lessons are irrelevant for tens of thousands of children because they do not apply to today’s Britain. The same is true in Australia.

The changes will mean that even the youngest children will be taught about the role and importance of business and the need to make a profit.

You can read the full article from the UK here: http://www.telegraph.co.uk/education/primaryeducation/10901995/Generation-of-primary-school-entrepreneurs.html

Creativity and innovation for example are skills that are innate in every child. Unfortunately, conformity to a rigid system of learning can stifle that innate creativity.

Mike says: It’s exciting to see the pure joy that children get from expressing themselves through drawing.  I believe that everyone can draw. Like any other skill it is learned and those who practice find they get better at it. Importantly, I find that students gain more confidence with greater creativity.

Magician Tracy Tam from Trace of Magic also agrees that creativity is an essential skill that should be taught in Australian schools.

Magic can bring happiness to people lives and also develop skills that are not taught in our current schooling system such as self-confidence and social skills.

So the message is clear: learning to teach and improve creative skills is essential for future success.