Bits and Bytes: Everything is Digitising 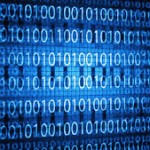 We know we’re living in the digital revolution – it seems everything is digitising. So why is this trend still one to watch in 2014-15?

We know what has happened to Music – we have the MP3 and MP4 players; we know about Photos – we upload to Snapfish or Flickr or Facebook; we know about Video – we’ve watched viral videos on YouTube; we know about publishing – we’ve seen the decline in newspaper circulation and the rise of the e-Book.

This is a relevant trend to watch because we need to ask ourselves the question:  what’s next?

Don’t assume that your industry or service will be immune from the move to digital.

It has already started with Money. Electronic Funds Transfer has been around a long time now but we are seeing the widespread take-up of near field communication for small payments which represents another step along the path towards the long promised cashless economy.

At a media conference in November 2012, electronic payment provider PayPal’s President David Marcus said that PayPal is seeing an increasing number of consumers buying items with mobile devices, as well as pre-shopping for major purchases on their mobile devices.

PayPal is no longer limited to online purchases anymore. It is available as an in-store payment option at more than 20,000 locations worldwide.

14 years ago The Economist reported:

“In public, no bank boss these days would admit to anything less than whole-hearted enthusiasm for the online adventure. In private, however, some still see it as just another distribution channel, perhaps less important than others, such as the telephone. A few still cling to the dream that it is a fad they have to indulge because their shareholders seem to like it. Even such non-believers, however, are being forced by the market to formulate an online strategy. If they are too slow, or get it wrong, the consequences for their firms could be deadly. And if they still need convincing, they need only look at what has happened in just four years to stockbroking.”6

But once again, as we said in the introduction, where there are threats there are sure to be opportunities as well. For banks, it has been the opportunity to cut costs and market their products more efficiently. An online bank account is cheaper to administer.

Bitcoin is a peer-to-peer payment system and virtual currency, introduced in 2009, that doesn’t belong to any nation. Like all currencies though it can be exchanged into conventional currencies.

What’s really interesting about Bitcoin is the way it poses a challenge to big banks. It has the potential to become a really cheap global network of transmitting money anywhere, anytime, so some analysts are suggesting it could be as dangerous to traditional banks as Amazon has been to retailing.

Jeremy Bonny, a Product Manager at CoinDesk www.coindesk.com thinks Bitcoin is definitely more interesting as a way of moving money around because it’s faster and cheaper than any other kind of network. Still, the abrupt closure in February of the Tokyo-based market place for Bitcoin, Mt Gox, underscored the risks of this virtual currency that had experienced a meteoric rise in value in the previous 12 months and heightened debate as to whether it really is an online revolution in global money or rather a bubble about to be popped.

Economist and Director of the M.I.T. Center for Digital Business, Eric Brynjolfsson was quoted in The New York Times on November 17, 2012 as saying:

“Technology is always destroying jobs and always creating jobs, but in recent years the destruction has been happening faster than the creation.”7

The article went on to say that despite this, the digital transition is creating enormous wealth and opportunity, pointing out that four of America’s most valuable companies – Apple, Google, Microsoft and IBM – are “rooted in technology.”

Author and futurist Anders Sormann-Nilsson, calls this Digital Darwinism, where only the fittest will survive in the new digital world.

Telstra chief executive David Thodey says call centre jobs across a range of sectors will not exist in five years thanks to the internet and smartphone applications.

“More and more you’ll use an application on your phone and you’ll use the web to interact with us so the future of call centre jobs is less in the future,” he said. “In reality Jon [Faine] these jobs will not exist in five years.

“If you think about how you interact with the bank today you don’t go into the bank branch that often. And that’s going to be the truth about many of the traditional service related jobs – it’s going to be more and more digitally done.”

Mr Thodey also said Telstra had created a net addition of 400 extra Australian jobs in the past 12 months in different business areas.

“We need to be more innovative, we need to create businesses in software, in innovation, in all those areas and some of the other types of jobs we’ve had in the past just won’t be there,” he said.

Telstra has also sent a large number of local jobs overseas with 671 position sent into Asia in July.

But Mr Thodey said these positions were important to serve the company’s new customers in the Asian region.

“We’ve got to become an Australian company doing business in Asia,” he said. “Many of our customers over the next five to ten years will be Asian based not just Australian.

“The offshoring is a temporary step in some sense for us as well.”

Vodafone Australia chief executive Inaki Berroeta criticised Telstra for off-shoring workers earlier this month. It is in the process of expanding its Tasmanian call centre.

“We have increased the size of our Tasmanian call centres [and] to have a contact centre here costs about four times what it would cost in India so it’s a big commitment to service,” he said. “You see companies in this market that are extremely profitable and even getting profits from the government that are destroying jobs and going outside for the sake of cost.

“[Telstra's cuts were] very surprising. I think that many companies are making a lot of money and putting profits against customer satisfaction.”

Jon Faine: But you’re so awash with cash you’re giving it back to shareholders in a share buyback so if you wanted to keep more jobs here and squeeze the profit margins to be less you could, couldn’t you?

David Thodey: Well yes we could but it wouldn’t really achieve our long-term objective of building this capability off shore. Also in reality Jon these jobs will not exist in five years. If you think about how you interact with the bank today you don’t go into the bank branch that often. And that’s going to be the truth about many of the traditional service related jobs – it’s going to be more and more digitally done.