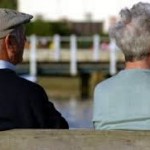 Much has been written about the ageing of the population, but no trends report would be complete without an exploration and understanding of the demographic trends, for it is often the changing demographics that are the underlying drivers of other trends shaping our changing world.

Much of what has been written has been about the challenges associated with this demographic change. As we said just a moment ago though, where there is change there is sure to be opportunity lurking about someplace. So, what is happening demographically and what might be some of the opportunities presented from this trend?

The impact of the ageing Baby Boomer generation on different markets is one of the trends to continue to watch in 2014-15 and is one of the 10 trends discussed in our 2014-15 Trends Report.

From health and fitness to leisure and lifestyle, from finance and family to retirement and travel, whole markets and industries are being affected by the ageing of the baby boomers.

This demographic is 76 million strong in the US alone and they are making headlines for providing a raft-load of market opportunities.

The first of the Baby Boomer generation (born between 1946 and 1964) started turning 60 in 2006 and 65 in 2011. They number more than 5 million Australians. What this means is not only will there be more 60th and 65th birthdays in 2014 and 2015 (and coming years) than ever before, but there will be more retirement functions than ever before! That’s right, many boomers are exiting the stage.

This exodus of the Baby Boomer population from the workforce will result in an overall decrease in workforce participation and increased competition for labour and skills. This reality will be compounded in regional areas across Australia which is already experiencing the loss of young adults from the regions and lower than average Year 12 and tertiary education rates. This is one key reason why improving workplace productivity is so important.

Is this exodus good news for Generation X and Y? Does it mean there will be a lot more management positions opening up? Not necessarily. As they have re-invented every life-stage through which they have passed, the boomers are also re-inventing retirement.

The psychographic profile of a 65 year old today is very different to that of a 65 year old 30 years ago. Today’s 65 year old is not ‘gearing down’ or preparing to shuffle off on a Zimmer frame into a retirement village or nursing home! Instead many are gearing up for this next stage of their life.

So, rather than leaving the workforce completely, many boomers are down-shifting: consulting from home or still coming in to the office a couple of days a week. Still many others are choosing this time to start a new career or start a new business. Their skills and ideas are still in demand. Skills shortages in many sectors of the economy affect productivity or the provision of future services. Tapping into the wealth of experience of the ‘grey workforce’ will be both an imperative and inevitable in coming years. Not only do older workers bring a wealth of experience to the workplace, but studies consistently show they are reliable with rates of absenteeism significantly less than that of younger, less experienced workers.

One change we must see is a change to the traditional notion of retirement. It is worth examining the history of the traditional retirement age of 65. When that is done you discover that the age of 65 was chosen as the age of eligibility for the first publically funded pension scheme – introduced by Chancellor Otto von Bismarck in Germany in the late 19th century. This was then the age adopted by New Zealand and then Australia in 1909. The problem is this. When age 65 was set as the eligibility age for the pension, life expectancy was just 58. In the 105 years since, life expectancy has increased by nearly thirty years yet the eligibility age has remained the same. Now the Government has announced this age will rise to 67 and then 70 people will recognise it for what it is, a purely arbitrary and artificial construct.

We are moving away from the age of entitlement to a world where we must be authors of our own economic outcomes. Governments are facing fiscal pressures caused by an increasingly aged population.

As the ratio of retirees to the working-age population rises in Australia – it’s estimated to rise in many parts from 1:4 to 1:2 – the country will require new approaches to housing, transport and home support to enable more people to remain active and engaged members of the community.

As more of our older population become unable to drive, good public transport, community networks and telecommunications will be required to avoid an increase in social isolation and economic hardship.

The ageing population is one of the 10 trends discussed in our 2014-15 Trends Report.