By Jeff On August 20, 2014 · Add Comment · In Strategic Trends, Uncategorized 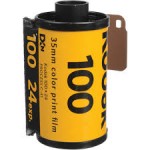 In February 2012 the Kodak Company filed for bankruptcy. Since the turn of the century Kodak’s share price had fallen 95 per cent as it was hit hard first by foreign competition and then by the digital revolution. Did Kodak see these changes coming? Did they see the new trends? These are questions worth asking.

It is a largely unknown fact that the first digital camera was invented by Kodak themselves, in 1976. Steve Sasson, a then 26 year-old electrical engineer and the Kodak Apparatus Division Research Laboratory team demonstrated the technology to a number of people within Kodak in 1976 as “Film-less Photography.”

Considering Kodak’s position as the world’s leading producer of photochemical film it is hard to imagine the title of the presentation went over terribly well. After all, what company executive would embrace a technology with the potential to erode all their present revenue streams? Years later it turns out to be prophetic as Kodak has struggled to reinvent itself as a digital company.