Does the education system need a shake-up? 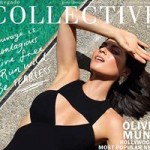 The following article first appeared in the January 2014 edition of Renegade COLLECTIVE magazine, a stunning publication for anyone with an entrepreneurial spirit – for game changers, thought leaders, rule breakers and style makers.

The education system is broken. Not beyond fixing, but broken all the same.

But while the world has moved on, the education system has not, meaning most students are not being adequately prepared for life after school in the 21st century.

Instead we seem to be stuck in a quagmire of 20th century thinking, sending the message to young people that says the surest way to a successful future is to “go to school, study hard, get good grades, go to university and then you’ll get a good job”.

This worked for students in the industrialised 20th century, but with the world rapidly advancing in technology and thinking, it just won’t cut it in today’s brave new entrepreneurial world.

In a process-focused, industrialised world where students were taught to learn a set of skills that could then be repetitively applied – for example how to assemble widgets in preparation for a job assembling widgets for life – this linear model of career preparation worked well for the masses. Pity the students whose pedagogical styles did not fit, though.

By and large these square pegs (often creative and entrepreneurial types) were either at best forced to fit into the round holes of a system that was quite unsuited to them and perform in roles where they felt unsatisfied, or at worst they were discarded to one side. Of course, in between, were the courageous ones, who, unshackled of societal expectation to conform, chartered their own territory in Branson-esque endeavour – Thomas Edison, Bill Gates, Elton John. Even the co-founder of Tumblr, David Karp, left school at age 14 on his mother’s suggestion.

Changed labour markets, on both the supply and the demand side, have meant that flexibility in work is a higher priority all round. Where once employers wanted skilled, permanent, full-time staff within the firm in order to maintain competitive advantages and to guarantee production and service delivery – and employees wanted permanent full-time work to guarantee safety and security of employment – greater flexibility is a higher priority now on both sides of the labour equation. The result is that skilled service providers are now increasingly sought from outside the firm for project-based contract work.

But with few good exceptions, our education system has been slow to adapt to the realities of the new labour market.

We’ve moved a long way past the notion of a job for life to a world where students leaving school over the past 25 years could well expect to have a portfolio of careers; to be employed in several occupations over the course of their lifetime.

There is plenty of evidence though to suggest we are on the verge of a further revolution in labour markets. Companies such as Freelancer, Elance, Fiverr and oDesk are pointing the way of the future.

What this means for many of today’s school leavers is they are going to be commencing their money-earning lives in a hyper-competitive, global world. Rather than having a portfolio of occupations, they will likely be self-employed freelancers at some point in their careers, competing with an increasing number of other service providers around the world.

What does this mean for school leavers today? Now more than ever, school leavers must be prepared to be the authors of their own economic outcomes. The pendulum is swinging back to the pre-industrialised world where individuals developed a set of skills – notably in those times in a trade or profession – before hanging out their own shingle.

What does this mean for the education system? Perhaps the central problem with the education system today is that it’s too heavily focused on achieving academic outcomes. This is the essence of the disconnect between the needs of students and the style of teaching on offer in most schools. The process is flawed.

With the requirement for regular NAPLAN (National Assessment Program – Literacy and Numeracy) testing in Australia and the need to achieve a high ATAR (Australian Tertiary Admission Rank) in order to pursue (expected) further studies, the teaching styles in classrooms is often geared to achieving those outcomes to satisfy government and other requirements.

It’s a teaching-centric model, not a model focused on achieving the very best of outcomes for students. The result is that students’ needs are not being met, leaving many of them – and many teachers too – feeling frustrated.

There are disappointing stories of poor academically performing children being encouraged to stay home from school on days when NAPLAN testing is done so they don’t weigh down the class or school average. Hardly a positive or encouraging message to send, to the kids themselves or the rest of the class looking on.

What is wrong with focusing on academic outcomes? While academic outcomes and proficiency are still important, what’s now more important is developing the softer 21st century skills of IT capacity, emotional intelligence, the ability to work in groups, to problem solve and understand the complexities of cultural diversity in modern life.

University of Oregon professor Yong Zhao, who specialises in the implications of globalisation and technology on education, is an advocate for this summation.

He believes standardised tests rarely predict the economic prosperity, productivity, quality of life and creativity of a nation, adding that research has confirmed the hypothesis.

“Personality traits and other non-cognitive skills, however, have been shown to have a strong relation to earnings, productivity, and employability. Self-esteem or confidence in childhood has a great impact on earnings in adulthood,” Yong says.

According to Yong, the top five skills employers are looking for in order of importance are communication, motivation/initiative, teamwork, leadership and academic achievement. Test scores come last.

What is clear in this brave new world is that employers want well-rounded graduates with a broad range of competencies.

A 2013 study of more than 250 businesses in New Zealand showed that employers place a great emphasis on these soft skills, as well as the ability to deal empathetically and effectively with customer and client needs. But these skills are not measured by typical system tests, nor are creativity and entrepreneurship.

Associate professor of education Kyung Hee Kim, of Virginia’s College of William & Mary in the US, says, “Teaching to (a standardised) test discourages purposeful creativity development and stifles children’s creativity in schools. Standardised testing forces emphasis on rote learning instead of critical, creative thinking, and diminishes students’ natural curiosity and joy for learning in its own right.”

Test scores – from NAPLAN to the HSC to VCE and ATAR – are not worth as much as many believe and can potentially damage what really matters for an individual and for the nations they are in,  such as the skills of co-operation and collaboration, creation and innovation, an insightful and inquiring mind, and perhaps most importantly, enterprise and entrepreneurship.

Jeff Gilling is a social researcher, father of two, speaker on social trends and founder of LeavingSchool.com.au

“The scarcest resource in our digital age is not technology, it is not money – it is revolutionary, insurgent, transformative imagination. Go for it!” Malcolm Turnbull, Federal Minister for Communications.

Renegade COLLECTIVE magazine is published monthly and distributed in 20 countries and is available at Newsagents now or online at http://www.renegadecollective.com/. Subscriptions are just $89 for 12 issues.