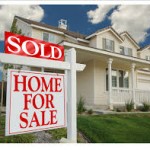 First video killed the radio star then the DVD killed the video and in a process of digital Darwinism a torrent of bits and bytes killed off Blockbuster. The other DVD rental stores will likely follow.

Encyclopaedia Brittanica was wounded by Encarta before both were killed off by Wikipedia. The traditional publishing industry is in a continued state of flux because of the introduction of eBooks and eReaders and Amazon.com.  The demise of Kodak has become the stuff of legend. You’d remember the once behemoth of a company from Rochester, New York at its peak employed more than 145,000 people worldwide and enjoyed near market dominance in the production of film. But in a stunning example of corporate hubris, the company that invented digital technology – a 26 year old Kodak engineer, Steve Sassoon gave a presentation of his invention to senior executives in 1976 titled “Film-less Photography” – failed to see the shifting sands 25 years later that precipitated their collapse.

It’s worth asking the question: “What will be next?” and scenario-planning for what might be coming around the corner that could impact adversely on your business.

One traditional industry that is about to be swept aside by the tidal wave of the digital era is conveyancing. A national digital system to formalise property sales, known as PEXA, is being rolled out around Australia in 2014. The PEXA system will link land registries with financial institutions and legal practitioners for the first time. Whilst it won’t shorten the settlement period of a property transaction, it will likely mean the end to delayed settlements. CEO of GlobalX, one of four companies involved in the digital rollout, Peter Maloney said of the new system: “It brings transparency to the contracts between the parties, the funds and how they need to be settled. It removes the element of human error. Ultimately it means the risk of the property settlement not taking place at the agreed place and time is virtually eliminated.”

But for conveyancing practitioners the system spells bad news. It will lead to the reduction of traditional settlement agencies from the 120 that exist today down to probably just three.

Of course, as we move high-tech business owners must not lose the human touch. As Anders Sorman-Nilsson points out in his recent book, Digilogue, it’s critical for business success in the 21st Century to find the sweet spot between the consumer’s rational digital mind and their (sometimes) irrational analogue heart.

That’s probably not so much a problem with a conveyancing transaction, but for most business owners it’s certainly something that must be borne in mind.